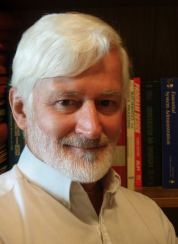 My life has been configured to pursue a number of projects, each one requiring planning, training, and execution; the rest are fill-ins. These projects are, in order of appearance:

Since then the task has been to ascertain the usefulness of the model and make it known to a wider audience.

In the course of these pursuits forty different countries*) had been visited plus varying demographics within them; all as a traveller, not tourist (tourists pay, travellers learn). Nothing surprises me about the human condition or, as Goethe said, "Nichts menschliches ist mir fremd".

Over ten years of otoom.net

Summary of the most relevant events:

Conferences/papers:
Invited to the IPSI-2005 Venice conference in November 2005. Was unable to go myself but submitted the paper How the mind works: the principle dynamics in the bio and non-bio version.

October 2012: had the paper "Language and Power: Control, Chaos, and Other Goblins" presented at the Annual Conference of the Independent Scholars Association of Australia on my behalf. A printed version appeared in "Language and Power. Proceedings 2013", 2012 Conference Proceedings, Independent Scholars Association of Australia Inc, Canberra, 2012.

"Quo Vadis, AI?", Society for the Study of Artificial Intelligence and Simulation of Behaviour, AISB Quarterly No. 135, October 2012.

Seminars:
Invited to give a seminar at the Vision, Touch & Hearing Research Centre, School of Biomedical Sciences, University of Queensland, Australia. Held on the 11 July 2005, titled "How the mind works: an introduction".

Submissions:
The following were specific representations made in response to calls by committees or inquiries, or they occurred in a more general context as part of a wider range of suggestions. As time goes by, more and more ideas are finding their way towards an implementation, albeit after many years of useless delays and waste until a concept has finally been understood (eg, electronic checking of live stock*), high-speed internet, more careful selection of migrants, a bio atlas of Australia).
*)Australia's National Livestock Identification System has been identified as a notable example of contributing to the nation's good reputation concerning agricultural products (Withers, G, Gupta, N, Curtis, L & Larkins, N 2015, Australia's Comparative Advantage, Report for the Australian Council of Learned Academies, www.acola.org.au, p. 72).


October 1987:
To the Committee to Advise on Australia's Immigration Policies; suggested a set of evaluation parameters in line with the principles of Western governance (see the text).

December 1988:
To the Club of Rome; the complete set of the Logic and Order in Society newsletters (see Museum).

February 1989:
To the Attorney General for NSW in the form of a petition; a response to the religious belligerence exhibited by some people in the wake of the Salman Rushdie affair.

1990 - 1992:
To various politicians, departments, and think tanks; suggesting the creation of a bio-map for the Australian continent which would detail the comprehensive biological state area by area.

July 1992:
To then Prime Minister Paul Keating; titled Project 21, it deals with a high-speed computer network between Australia's instrumentalities and educational facilities.

October 2004:
To then Queensland Premier Peter Beattie and his Smart State Strategy; arguing for a better interaction between science and the public to overcome the reticence by so many academics to stand up to irrational activists (as demonstrated on a previous SBS Insight program on animal activism).

August 2005:
Submission to the summit on counter-terrorism; contains suggestions based on the Otoom mind model regarding a Bill of Rights, education towards citizenship, the deconstruction of ideology within our own ranks, and principle elements on security.

May 2007:
Submission to the House of Representatives Committee Enquiry into Substance Abuse in Australian Communities; essentially argued for a rational re-assessment of current government policies, with a view to sever the link with Middle Eastern moralisms and their disastrous consequences.

September 2007:
Submission to the Queensland Juvenile Justice Act 1992 Review; in line with the Otoom mind model proposing an inside-out approach, that is educating young people in a challenging environment to instill a capacity for problem solving and hence self-confidence.

May 2008:
Submission to the 2020 summit website. The topics covered are: (1) The future of the Australian economy, (2) The productivity agenda - education, skills, training, science and innovation, (3) Population, sustainability, climate change, water and the future of our cities, (4) A long-term national health strategy, (5) Strengthening communities, supporting families and social inclusion, (6) Options for the future of Indigenous Australia, (7) The future of Australian governance: open government (including the role of the media), the structure of government and the rights and responsibilities of citizens, (8) Australia's future security and prosperity in a rapidly changing region and world.

April 2011:
Submission to the Inquiry into Multiculturalism in Australia; referred to the tendency of demographic clustering dependent on the size and cultural intensity of immigrant groups, with particular emphasis on Islam which has proven itself to be the most intolerant demographic in host societies around the world. See submission no. 193.

November 2011:
Submission to the Coalition's working group on gambling reform. Their focus was on poker machines and whether to impose some limit on their use. Argued that the tendency by governments to 'help' is usually counterproductive; references from Australia and overseas, also to Frank Furedi and Friedrich Hayek.

August 2014:
Submission to the 2015 Defence White Paper. Argued for the introduction of national service for men and women to counter the deteriorating mental and physical fitness of young people and mitigate the alienation ex-service personnel suffer because the rest of society is largely unfamiliar with the military culture. Briefly described the changing global circumstances regarding emerging centres of power, requiring a re-orientation of Australia's positioning within the shifting political, economic and military landscape of the 21st century.

May 2015:
Submission to the National Ice Taskforce. A short statement pointing out that just as the ultimate defence against a virus is a healthy immune system, so society needs to develop a similar potential when it comes to memes, in this case the predisposition towards taking crystal methamphetamine by certain members of society.

June 2015:
Submission to the National Consultation on citizenship. Originally sent as a letter to the federal minister for immigration, it was treated as part of the National Consultation on citizenship. In the letter a number of questions were asked regarding certain aspects surrounding immigration which are hardly ever discussed but which nevertheless form a significant part of the issue.

July 2015:
Submission to the Senate Inquiry into Personal choice and community impacts. Briefly outlined the rules governing complex dynamic systems as they relate to the current topic. Pointed out that any government initiative carries a cost which somehow has to be recuperated. If the initiative entails removing the need for the individual to face challenges the society is dumbed down and the costs rise overall. Listed several examples of related topics already dealt with on these pages.

December 2016:
Submission to the Parliamentary Joint Committee on Human Rights. Focused mainly on the Racial Discrimination Act 1975, Section 18. Its language in terms of grammar and syntax, semantics, and semiotics is examined and found wanting across all three levels. The problematic nature of racial identification is highlighted and what this means in terms of the law regarding need, prevention, and efficiency. It is argued the Act should be abolished altogether because it serves no useful purpose.

August 2017:
Submission to the Society for the Study of Artificial Intelligence and Simulation of Behaviour (SSAISB) in response to their call for contributions to the UK Select Committee on Artificial Intelligence (AI). Argued that the arrival of AI prompts changes that are nothing new in principle but need to be understood in the current context. There are advantages but they come at a cost.

December 2017:
Submission to the Religious Freedom Review. Pointed to the Otoom version of a Basic Charter where any justification based on religion, culture and tradition is outside the law (rather than declaring that no law should be enacted based on religion).

March 2019:
Submission to the Inquiry into aged care, end-of-life and palliative care and voluntary assisted dying. Compared the concept of inevitable death with that of purposeful death, linked to voluntary assisted dying, and pointed out the profound nature of such a decision. For which reason it should be left to the individual concerned.

General research:
Invited to participate in the 7th Framework Programme by the European Commission, Directorate L - Science, economy and society.

Further developments of the computer program (the artificial mind):
Oct 2005: wrote an application (OMo) of the OtoomCM program, showing how the system can drive a point in 3D space from one location to another.
Feb - Sep 2006: created OWorm, derived from the OtoomCM, which drives an artificial 'worm' to find its 'food' under various conditions.
Jul - Sep 2008: created OSound and associated programs to present the internal dynamics of the artificial mind system as sound to be played via a midi file.
Dec 2009 - Jan 2010: extended the capacity for input to OSound to large tracts of text.
Aug 2010: extended OSound to allow image files of the output to be saved for making videos.
Mar 2012: completed OVideo, a Windows version of OtoomCM which takes the video stream from a web cam as input and displays the state of its output nodes and the affinity relationships of the inner matrix nodes, interpreted through colour and/or size.
Oct 2021: completed OCTAM, another more extensive version for 64-bit systems, featuring video and audio as input and providing output through combinatorial geometric shapes as well as sound.

Scholarships:
Merit-based Equity Scholarship from Griffith University, based on my previous academic achievements at TAFE.

During honours year at Griffith University:
- proved that a computer program can be built which processes semantic context through symbol-handling (ie, without the aid of an artificial neural network);
- developed an algorithm which enables an artificial neural network to set itself up automatically (Back-propagation and Kohonen Self Organising Map types), thereby eliminating a major component of the adjustment process and so reducing the time needed for it to negligible proportions (ie, seconds).

Secondary Studies:
Completed at Bundesrealgymnasium in Waidhofen/Thaya, Austria, with Matura in 1967.